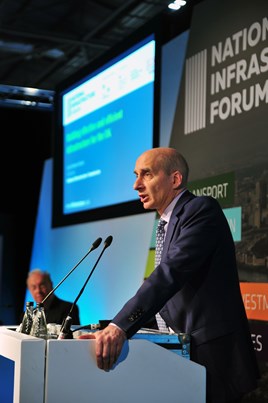 National Infrastructure Commission Chairman Lord Adonis has played down fears that the General Election result will pose a threat to planned major infrastructure projects in the UK, including construction of HS2 and Crossrail 2.

Speaking at the National Infrastructure Forum in London on June 13, he said that the absence of a Government with a clear Parliamentary majority would not affect this area of public expenditure, owing to the high level of support among MPs sitting on all sides of the House of Commons.

Amid speculation that a second General Election could be called later this year, Adonis emphasised that all major political parties recognised the economic benefits of continued investment and had consistently given it their backing, indicating that it would be an expected policy of any future government regardless of its composition.

“I can’t predict what will happen in the very fluid political situation we’re in, but my message is that the infrastructure pipeline is entirely safe and something that broadly unites the major political parties,” he said.