A clear case for investment in North’s railways 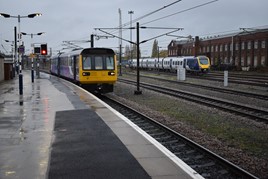 Problems facing Northern and TransPennine Express highlight the need for real and substantive investment in the North’s railway system, according to Transport for the North.

A TfN spokesman told RAIL on October 30: “Transport for the North recognises that operators across the region have faced a number of challenges as a direct consequence of delays in the delivery of infrastructure enhancements.”