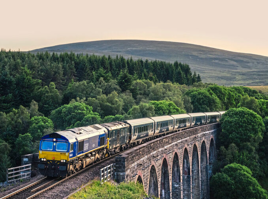 The Scottish Government is facing calls to re-integrate the Caledonian Sleeper into ScotRail operations, after ministers announced Serco’s franchise will finish next June - seven years early.

On October 4, Scottish Transport Minister Jenny Gilruth confirmed that Serco’s proposal to “re-base” the franchise had been rejected “on the grounds of not representing value for money to the public”. The Sleeper could now either be brought back into public operation or revert to Serco under a Direct Award.

Re-basing is a process under which a new funding package can be negotiated midway through a franchise. Serco said the Sleeper “has been loss-making over the life of the contract, and the proposals that we made to Transport Scotland were to put it on a more sustainable financial footing”.

But responding to a Parliamentary question, Gilruth said: “I can confirm that a notice was served today which confirms that the Scottish ministers will terminate the franchise agreement with Serco Caledonian Sleepers Ltd on June 25 2023.

“Work is under way to determine arrangements for the continued provision of Caledonian Sleeper rail services beyond June 25 2023, and this will be updated to Parliament once determined.”

Scottish Labour transport spokesman Neil Bibby added: “This is a chance to bring the iconic Caledonian Sleeper into public hands and back into the ScotRail network.”