Societal changes are as important to the future of the rail industry’s strategy as what it does to attract passengers back, according to Network Rail Chairman Sir Peter Hendy CBE.

“This is about looking at the wider societal changes that determine whether people travel or not,” he said.

“I don’t think people who live in the same road as me choose whether to go to work on Thursdays because of the incremental cost of train travel.

“I think they choose whether they’re going to work at home or in the office for a whole variety of reasons - including the attitude of their employers (some of them are the employers), and also the facilities they have at home.

“We have to be careful, because of course the industry has to attract people back. But we also have to work out what the railway’s response is to the societal changes that are making a real difference to the way that people live.”

Hendy went on to say that the industry needs to engage in the wider debate about what town and city centres are for, and the future of the workplace: “The railway needs to look out as well as in, in order to make sure that its offering is what people want.”

Hendy was speaking at the second webinar in RAIL’s Reimagining & Rebooting our passenger railway series, on February 23. The session focused on Cost and convenience: making rail the first choice.

Tom Lee, Director of Standards at the Rail Safety and Standards Board (RSSB), made a similar point about a need to recognise that the rail market is changing.

He told the webinar: “People made a stressed purchase of rail tickets in the past. Those people now have a choice as to whether they commute, how they commute to a certain extent, and potentially even changing jobs to work in a profession where they can work at home.”

“It has to be something radical,” said Smith.

“An operator says to you ‘this is your best value fare’, you go round the back of the bike sheds, and you can get a split ticket and it’s cheaper. That is incomprehensible and indefensible. I don’t think it’s even fair, let alone legal. What a weird system we’ve ended up with. It’s got to be as easy as buying a pizza.”

Trainline CEO Jody Ford agreed that it is all about customer trust, and customers believing that they are getting access to the best value fares.

“We polled recently and Trainline is getting about 80% of customers that trust us, because we show all the fares and we make it really easy to get to the right fare. As an industry, we have to work out how to do that at scale,” he said.

The webinar panel all agreed that key to the necessary changes is data… and how it is used to the est advantage.

Hendy said that people want the railway to act as one system, an essential part of which is open data sharing across the industry.

“We’d all be better off if data was completely shared and open. At Transport for London , we moved to open data and we discovered people investing in apps to disseminate travel data and real-time information, which were much better than the things that we could design ourselves.

“That’s a real opportunity for independent people in the private sector, because there’s no point in thinking that any public sector organisation can own all that and do its best job.”

Ford agreed that the role of private sector investment in rail is crucial, as well as the creation of a level playing field to enable it.

Crowther provided a useful example of how data can be applied in a way that provides an improved customer experience: “At St Pancras, we did a trial where we were using data to call international passengers to the departure lounge. The whole station will become a waiting area for international passengers, and they will be called down by an app around 30 minutes before they’re needed. It’s about how we use data, how we work together as a system.

“Good luck to Great British Railways in terms of the fares and ticketing initiatives that are being put forward, but it’s going to need wholescale shift and support from everybody in the industry to make it effective. We need to forget everything that we’ve learnt in the past and embrace the opportunity for change.”

Rail Delivery Group Director General Andy Bagnall summed up with a similar sentiment to Crowther’s words: “We must build in room for innovation. The industry needs to do the long-term strategic stuff, but it’s about discounts, special offers and promotions that any sensible business with a commercial mindset would do to rebuild its market share, as well as that long-term thinking.”

■ This webinar was chaired by RAIL Managing Editor Nigel Harris and supported by RSSB, RDG and Trainline.

■ To watch the webinar on catch-up, visit https://bit.ly/RAILCostConveniencewebinar.

■ To register for the final webinar in the series on The Passenger Experience, visit https://bit.ly/PassengerExperienceWebinar. 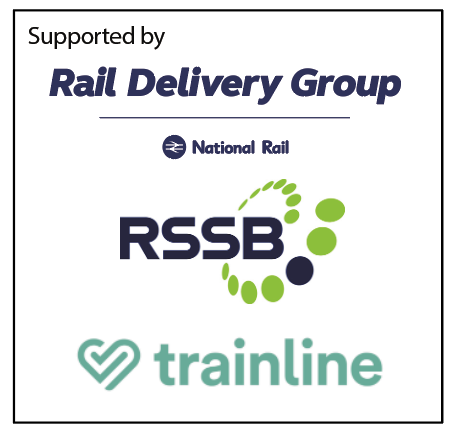