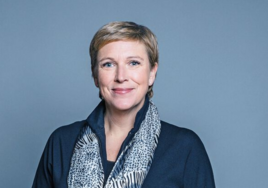 Transport Minister Baroness Vere has conceded that the Government does not yet know how its flagship £96 billion Integrated Rail Plan “will actually work on the ground”.

The astonishing admission was made during a House of Lords debate on December 16 2021, in which the Parliamentary Under-Secretary of State for the Department for Transport said that she could not answer questions from cross-party peers about what additional capacity the IRP will provide, because “we do not know that now”.

“This is a plan, and there is an enormous amount of work to do to move from the plan to the next level down - to the detail about how this will actually work on the ground,” she added.

“While in some places we can be very clear about what capacity improvements will be available, in others there will be an enormous amount of designing to do and engineering options to look at, particularly when it comes to upgrading lines.”

Baroness Vere’s contribution to the debate came in the wake of heavy criticism from regional and industry leaders upon publication of the IRP on November 18 2021 (RAIL 945).

Despite Secretary of State for Transport Grant Shapps pledging that the IRP would “transform rail services in the North and the Midlands”, the document was variously described as “inadequate” and a “rail betrayal” for reducing the scope of the HS2 and Northern Powerhouse Rail mega-projects and instead proposing a mix of upgraded lines and shorter sections of high-speed track (RAIL 947).

In the House of Lords debate, Conservative peer Baroness McIntosh said the “downgraded” plans needed to be revised as soon as possible. Meanwhile, Liberal Democrat Lord Wallace said the IRP lacked detail on how improved journey times and additional capacity could be achieved without HS2 and NPR being built in full while also giving the impression that “if it’s in the North, it costs too much”.