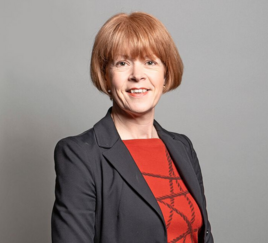 Heaton-Harris has represented Daventry since 2010 and became a transport minister in July 2019. He moves to the Foreign, Commonwealth & Development Office (FCDO), where he will deputise for Foreign Secretary Liz Truss as necessary on matters relating to the UK’s exit from the European Union and the Northern Ireland Protocol.

Morton, who entered Parliament in 2015 when she was elected to serve Aldridge-Brownhills in the West Midlands, leaves the FCDO in a straight job-swap with Heaton-Harris.

Truss said she was looking forward to working with “the excellent Chris Heaton-Harris” and thanked Morton for “her great work”.

“We look forward to working with Wendy Morton at this pivotal time for UK rail,” he said.