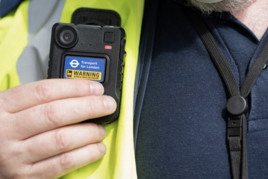 For the second time since vulnerable station workers were issued with this equipment, the evidence obtained was enough to convict Agris Grisins.

He had been asked to leave Baker Street station last September after being verbally abusive. He pleaded guilty to the offence at Westminster Court.