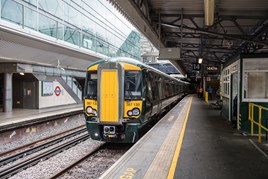 The next batch of Class 387/1s for Great Western Railway will be delivered from December.

Fourteen trains will be constructed by Bombardier at its Derby Litchurch Lane facility, once it has completed a deal for six ‘387/3s’ for c2c.

Both the 14 for GWR and the six for c2c are from a speculative order placed by Porterbrook last year that was subsequently taken on by the two operators.