Glasgow Subway to shut for a month for tunnel work 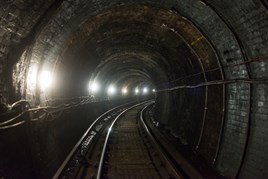 Subway services in Glasgow are to be suspended for approximately four weeks from Saturday July 2, to enable modernisation work.

The last train services will run on Friday July 1 and not resume until Monday August 1, allowing for the full replacement of a 40-year-old concrete section of tunnel (known as ‘ramps and turnouts’) that connects the Subway with the surface depot at Broomloan.

The work is part of a £288 million modernisation that also includes station refurbishment and introduction of a new smartcard ticketing system.

During the suspension bus services will follow the Subway route, calling at all 15 stations every five minutes at peak times and every ten minutes during off-peak.