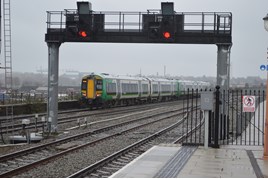 West Midlands Rail (WMR), the company set up by local authorities to improve passenger services in the region welcomed the shortlisting of three bidders for the West Midlands franchise.

Unlike the current London Midland franchise, there will be more responsibility for local services in the hands of local authorities.

WMR Programme Director Malcolm Holmes, said: “We look forward to working with the DfT and the three bidders on shaping our local rail services for the forthcoming franchise.

“The successful train operator will be working in an exciting new environment in which the West Midlands will have real influence and responsibility over its local services.

“We believe this partnership offers a major opportunity for the West Midlands to develop the network in a way that underpins economic growth, job creation and carbon reduction while delivering significant benefits for passengers. This shortlist of large and well established companies shows that train operators are ready and willing to step up to the plate and meet that challenge.”

The operator will also be expected to support planned infrastructure improvements during the next franchise, including the completion of the Rugeley Trent Valley to Walsall electrification, upgrades at Birmingham and enabling works at London Euston for HS2.

The new franchise will also lay the foundations for the region's rail services to be increasingly managed locally through West Midlands Rail rather than by central government.