Which? wants ORR to act as passengers’ champion 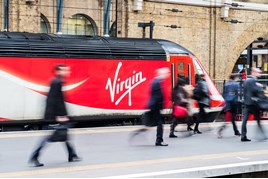 Consumer watchdog Which? wants the Government to ensure that the Office of Rail and Road (ORR) has new powers enabling it to be “a strong, independent regulator that stands up for passengers”.

The call follows research Which? released on March 28, claiming analysis of Transport Focus data revealed “little meaningful improvement in passenger satisfaction with value for money across all the train operators”. It claims there has been an overall rise of seven percentage points in a decade, from 41% to 48%. For commuters, the satisfaction levels were 34% when surveyed last autumn.

Which? said these statistics were against a “backdrop of rail fare prices over the same period increasing by 54%, more than double the rate of overall CPI inflation.”