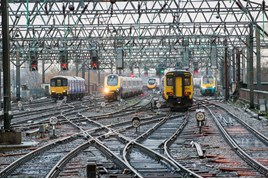 Chancellor George Osborne threw his weight behind the High Speed 3 (HS3) rail project to reduce journey times between Manchester and Leeds during his 2016 Budget speech, delivered on March 16.

£60 million has been allocated to draw up detailed plans for the route of HS3 as part of a £300m funding package designed to improve transport links across the northern England. Proposals to build a trans-Pennine road tunnel linking Manchester and Sheffield and to upgrade and widen the M62 will also be developed further.

Osborne’s announcement is in line with a National Infrastructure Commission (NIC) report published the day before the Budget, which recommends that investment in transport infrastructure in the North begin immediately.