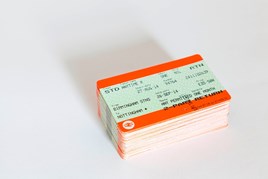 Rail Minister Claire Perry says smart ticketing on the railways is “an inevitability”, and that magnetic stripe tickets will be redundant in the future.

Perry was speaking at the Transport Ticketing and Passenger Information conference at Billingsgate Market in London on January 26. In a wide-ranging speech, she claimed that the regions are “catching up” with the capital in the introduction of smart ticketing, highlighting initiatives on c2c, and in the Midlands and northern England, as well as the South East Flexible Ticketing programme.

“If smart ticketing is to become established on our railways, it will mean the death of the tangerine ticket - the familiar orange magstripe paper ticket that has served Britain’s rail customers for 30 years,” she said.

“It is a ticket that has done its job well but now seems woefully inadequate for the future - especially for an industry focused on customer service.”