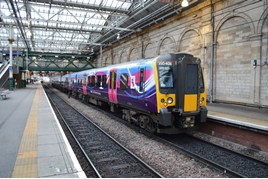 The cost of procuring the TransPennine Express franchise (to the end of November 2015) was £6.9 million, with a further £0.6m to come before the new contract starts on April 1.

“The Government will receive £400m in premiums over the life of the franchise, compared to the previous situation where the franchise was subsidised,” said Jones.

“The franchise will deliver a transformation in services with, for example, an overall capacity boost of nearly 70% across the region during the morning peak and doubling the number of Manchester to Newcastle services from December 2017.”

The figures were given by Transport Minister Andrew Jones in a Commons Written Answer to Jonathan Reynolds (Labour, Stalybridge and Hyde) on December 16.