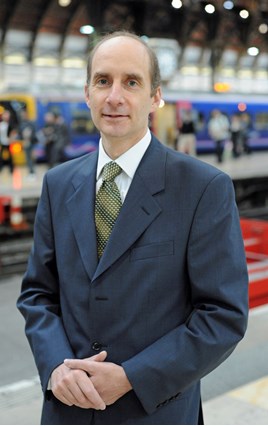 National Infrastructure Commission Chairman Andrew Adonis met representatives from Transport for the North during a two-day visit to the north of England in mid-November.

TfN described the meeting as the first step in its development of “a strong case to the Commission for pan-Northern, transformational investment in transport infrastructure”.

Chief Executive David Brown said: “The fact that Northern connectivity is recognised as a focus area for the Commission further underpins the fundamental need for long-term investment. We will continue to engage with Lord Adonis as we work towards the publication of our updated Northern Transport Strategy next year.”

At the same time, the Commission launched a Call for Evidence, inviting all interested parties to make submissions on its three focus areas.

“If Arsenal can tap into support when they are American-owned, then Eurostar can also tap in on a loan perspective to the Bank of England" - TSC Chairman

Williams reform package in White Paper “as soon as possible”

“It has been far from being stuck in the sidings. Over the last nine months the review has been tested against the pandemic,” Keith Williams reveals.

Rail Minister claims White Paper is coming, Labour calls on Government to stop 'ducking it' when it comes to the Williams Review

@Gary_Gowers Interesting that Evans denies a deal. If the Americans don’t buy them...🤣🤣

‘Staycation Express’ to return along full length of S&C https://t.co/1Qwn49KDsV