Caledonian is a ‘Super Sleeper’ 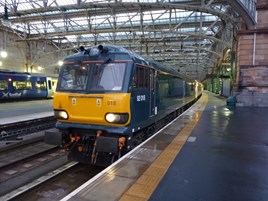 The Caledonian Sleeper has been hailed as one of Lonely Planet’s ‘Super Sleeper Trains’.

The London Euston-Fort William service made the travel guidebook’s top ten list, alongside the Johannesburg-Cape Town and Chicago-San Francisco routes.