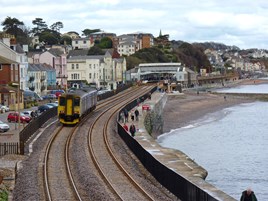 The report is the final stage before the definitive 20-year vision for the region is delivered to the Government in summer 2016. Its analysis concludes that regions suffer a decrease of 6% in productivity for every additional 100 minutes’ travel time from London, but that journey time savings as a result of new trains and linespeed improvements could generate £520 million worth of economic benefits to the South West.