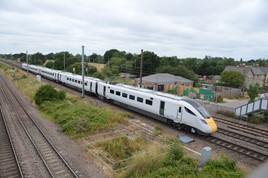 By August 6, there were more than 800 new passenger vehicles undergoing various testing and commissioning in the UK, as new trains continue to be delivered to operators.

The newest designs delivered are the Class 710s for London Overground and the ‘717s’ for Govia Thameslink Railway. As this issue of RAIL went to press, neither dual-voltage electric multiple unit had yet ventured onto the main line under their own power. Both fleets are due in traffic this autumn.

They will follow Hitachi-built Class 385s that have finally entered traffic with ScotRail, some seven months late (RAIL 858).

A further 2,407 are under various stages of construction in the UK and abroad, and will be delivered by mid-2020.