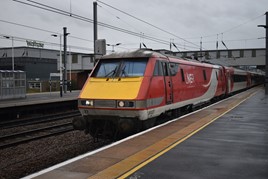 Ten rakes of coaches and ten ‘91s’ will be used, with two additional spare ‘91s’ and a handful of spare Mk 4s also retained.

Initially all were due to have been withdrawn by the end of June. However, LNER has extended the life of certain locomotives and coaches until the end of next year to ensure it has sufficient trains to meet franchised timetable commitments. They are also needed to cover for unavailable Hitachi Azumas that require modifications to their inter-car connectors (RAIL 901).

The extension is until the end of 2023 while LNER sources brand new trains, which would take a minimum of around two years to build and deliver. The operator has previously told RAIL it needs around six new trains.

Details as to which Class 91s and Mk 4s will be retained have not been finalised, nor the routes on which they will operate.