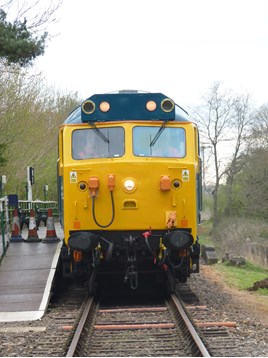 The event, Old Oak Common 111, will celebrate 111 years of the west London depot ahead of the demolition of part of the existing facility. It will also mark the introduction of electric trains from London Paddington and Intercity Express Programme trains in place of High Speed Trains.

As this issue of RAIL went to press, the Class 50 Alliance was due to send 50007 Hercules and 50035 Ark Royal to the event, with Boden Rail Engineering Ltd 50017 Royal Oak and Paul Spracklen’s 50026 Indomitable also due to attend.

The other visiting modern exhibits include Diesel Traction Group’s D821 Onslaught and GB Railfreight’s 66779 Evening Star. More exhibits are due to be announced.

Adult tickets are £20, while children’s tickets (ages 4-15) are £10. A Group Saver ticket for two adults and up to two children or for one adult and up to three children is £45. All prices include booking fees. The event is being held from 1000-1600.

All profits will be given to the depot’s chosen charity Place2Be, which provides mental health support for children.