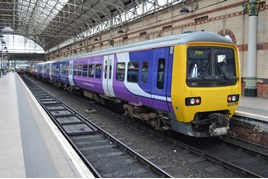 Seventeen three-car Class 323 electric multiple units that currently operate on Northern Rail services are likely to move to the Midlands when their lease expires in 2018/2019, their owner Porterbrook has told RAIL.

However, the rolling stock leasing company says that overall, the new Northern franchise that is due to begin next year will enjoy an increase in the number of EMU vehicles.

TravelWatch NorthWest criticised the decision, calling it “crazy and scandalous”. Chairman Chris Dale said: “This is another kick in the teeth for passengers of the undervalued local rail services in the North West. To add insult to injury, there appear to be no obvious replacement trains as suitable as the ‘323s’.

“TransPennine is also having to see trains taken elsewhere with no suitable replacement. It all adds up to a shambolic way of managing the railway’s vital rolling stock resources.”

Dale called for “a proper strategy for rail rolling stock, but the current hand to mouth system precludes it”.

Porterbrook Commercial Director Olivier Andre told RAIL on August 25: “All the bidders for the Northern franchise have access to the Class 323 until 2018/2019.