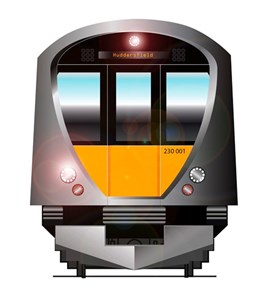 There have long been calls for more diesel multiple units (DMUs). And with the recent Invitation To Tender for the Northern franchise promising at least 120 new carriages and the phasing out of Pacers by 2020, those calls are going to start getting much louder very quickly.

Last year, the Long Term Passenger Rolling Stock Strategy said that rail would require fewer than 100 new diesel vehicles (not in the present decade). Now, the Government is talking of “a potential requirement for 350 to 500 non-electric vehicles, for a variety of urban stopping, rural stopping and inter-urban express services”.

It is no secret that there is a shortage of available DMUs, and increased pressure to replace the much-maligned Pacers means that the industry will need to find some units from somewhere.

But just what is going to reduce the shortage? And where are the Pacer replacements going to come from?

The man who ordered the last DMUs bought in the UK (the Class 172s for London Overground and Chiltern Railways) thinks he has a solution.

Adrian Shooter was chairman of Chiltern for 18 years (retiring in 2012), and has worked on the railway for over 40 years. But retirement has not been a relaxed affair for Shooter - he is now chairman of Vivarail, the company that has bought 156 Driving Motor Cars and 70 Trailers of retiring D78-Stock from the London Underground, to transform into DEMUs (diesel electric multiple units) for the national network.

What made Shooter decide to buy a ‘job lot’ of Underground trains?

“It didn’t all happen absolutely overnight. I had been aware for quite some time that there was going to be a big shortage of DMUs, having bought the last ones in this country. I know what they cost as well, which is a lot of money!

“So I could see that there was going to be a shortage, and got talking to a school friend of mine, Malcolm Dobell, who retired as a chief engineer at LU in September 2014.

“Malcolm and I went to school together, we ran a railway society. He was actually part of the engineering team when the D78s were ordered brand new, so he told me about them. He explained that the bodyshells were nearly all aluminium, and there is no corrosion on them. They’re as good as the day they came out of the factory in Birmingham, 30-or-so years ago.”

That was when Shooter enlisted the help of Neil Bates, director at Midlands-based Creactive Design, which (among other things) designs and develops railway vehicles. Shooter and Bates first worked together in 1996, when Bates designed the exterior livery and internal layout of Chiltern’s new ‘168s’. They worked together on the Mk 3s and ‘168s’, and several other things in between.

Says Shooter: “Neil took me to a strange Polish restaurant, and I think that was the day when I decided ‘right, stop messing about with this, let’s get on with it’.”

Were any other vehicles considered instead of the D-Stock?

“The only alternatives (and they were actually scrapped too soon for us) were the A-Stock (which has had a history of problems over many years, and contains asbestos) and the C-Stock, which again hasn’t been tremendously reliable. They have corrosion problems because they were aluminium on a steel frame, which is not good. They also have asbestos in them.

“Whereas the D-Stock, which is the only other sub-surface line stock that’s going to be scrapped for years and years and years, is devoid of corrosion, asbestos and fractures. Frankly, it was the only one that was practicable.

“At one point, these were going to be run for another ten years in London. In fact, LU had been doing reliability modifications on these trains until very recently.

“It’s a happy coincidence, that there is the availability of these particular trains from LU, when the previous ones were not suitable. So there’s that coincidence, with the fact that for ten years there is still going to be a requirement for more DMUs.”

The D-train concept uses only the bodyshells, bogies and traction motors from the D78 ‘donor train’ - everything else will be new. Because the D78s are sub-surface Underground trains (having operated on the District Line), the overall size and profile is similar to that of other national network trains. The plan is to convert them to diesel operation by adding under-floor diesel engines and generators.

It is an unusual choice of engine, however. Each D-train has four five-cylinder Ford Duratorq 200hp automotive engines that are normally used in Transit vans, Ford Rangers and Land Rover Defenders. Shooter even bought a Ranger to test the engines out for himself in their native setting. But why not use a locomotive engine?

“We were talking about putting a big engine inside. But when it came to discussing wavelengths and vibrations and all sorts of things, I thought ‘well, if we’re going to make this work, we’re going to have to have an engine that can go underneath the floor’. And traditional DMU engines won’t fit because they’re too big.

“So, with a chap who had been my engineering director on Chiltern for years, Andy Hamilton, we previously came up with an idea which looked at doing something with small automotive engines on the Class 165s on Chiltern, to power the air-conditioning. We didn’t actually do it, but we thought about it.

“I took some advice from Ricardo (the people who are consulting on the engines) about what might be a good engine, and they pointed me in the direction of the one that I’ve gone for.”

“An engine has recently been on test at Revolve , who have an instrumented test bed that has been used to certify the engine to 3B.”

As it stands, no DMU has yet been built with a 3B-compliant engine. Would that make the D-train the first?

“It is certainly likely to be the first DMU with 3B engines,” replies Shooter, although he doesn’t believe it will be long before someone else builds a compliant DMU. “When there is a demand for a product, the market usually finds a solution.”

Off-the-shelf, the Ford engines cannot just be put in a D-train - they need to be customised for use in the new type of vehicle. Shooter’s supplier, Revolve, is a British company that has a franchise for converting small numbers of Ford engines for different applications, such as use in boats. It has carried out similar projects in the past.

Shooter signed a contract with Revolve last summer to produce the engine modules for the D-train, and the first one is due to arrive at Vivarail’s site at Long Marston in the next couple of weeks.

Says Shooter: “A two-car or three-car train will have four of those , so 800hp, which gives us a higher power-to-weight ratio than the existing older DMUs.”

“They have a maximum speed of 60mph, but they have acceleration which is much more rapid than some of the older DMUs - well, certainly the Pacers or Class 150s, things like that. We have done computer simulations of some of the routes, which shows that over about an hour’s journey, we actually get there about four and a half minutes quicker.” (See table on page 63).

Shooter explains that the trains will not be suitable for every route: “You wouldn’t, for example, take one of those trains and go from Leamington to London on Chiltern, because it’s a 100mph railway. It wouldn’t be the right train for that.