Concerns over the appliance of compliance 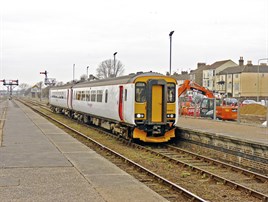 By January 1 2020 all trains on Britain’s rail network should, in theory, adhere to new regulations for transporting passengers with disabilities.

The trains must be compliant with the Passengers of Reduced Mobility Technical Specification for Interoperability (PRM TSI) regulations. This covers all forms of mobility.

The problem is that this work will need to be done within the next six years. That may seem like a long time, but it’s not.

Most of the work is carried out during scheduled C6 overhauls, which take place every six to eight years. So fleets that have received overhauls in the past few years, such as East Midlands Trains’ Class 15x fleet, will have to have them done again in the build-up to the 2020 deadline.

Hundreds of vehicles will be affected. Coaching stock used in locomotive-hauled trains and older second-generation multiple units will all have to be modified.

There has been plenty of talk about doing the work, but so far, only a handful of contracts have been signed.

The first was in July 2011, when Porterbrook announced a deal involving nine Class 156s operated by Greater Anglia. They would be the first trains to comply with the regulations, enabling them to be used beyond 2020.

But at the time of the announcement, a problem was highlighted. What about the single-car ‘153s’?

Porterbrook said: “Consideration was also given to undertaking similar work on the Class 153 stock but it was felt that, currently, it was more difficult to make the economic case because of the level of work needed on a single-car unit. However, further investigation work will be carried out, as will the possibility of reconfiguration into fixed two-car units.” No answer has been given for that yet.

What is interesting is that since that deal was announced, hardly any other contracts have followed in its wake. And yet, taking away the GA ‘156s’, 105 of the two-car trains in that fleet would still require modifications.

Since July 2011, fleets that have been announced as receiving the modifications are: Class 165s used by Chiltern Railways and First Great Western; Class 166s used by FGW; Class 315s used by GA; and Class 455s used by South West Trains. ScotRail’s Class 318s and ‘320s’ are also receiving various modifications to meet the deadline.

GA Class 317s are likely to receive their modifications from 2014, with new interiors (to be chosen following passenger feedback from a demonstration unit) due to enter traffic later this year. Angel Trains (the train’s owner) will lead this project.

A similar scheme, using a ‘321’, will also start this year - 321448 is currently being modified at Wabtec Rail, Doncaster.

Leading the work in terms of winning contracts to carry out PRM-TSI compliance is Railcare - it is modifying the ‘156s’, and will work on the ‘16x’ fleet later this year. The company also has a deal with Eversholt to carry out C6 work on Class 365 EMUs - compliance work may be included during this overhaul, although no decision has yet been made.

Railcare Commercial Director Jamie Borgeat tells RAIL that these deadlines were being hampered by the uncertainty surrounding franchises, with extensions causing train refurbishments to be placed on hold.

“There is money waiting to be spent,” he says. “When a TOC goes to be re-franchised, spending on our work is tiny but part of a huge bid. But then, with required work, refurbishment suddenly becomes a huge spend. We go from fairly negligible to something that is vital and which will play a big part in the industry.” Borgeat says work has already been pushed back because of the franchising difficulties.

At Angel Trains, Chief Operating Officer Kevin Tribley has warned of the upcoming problems regarding the deadline, and confirms that his company has no plans to carry out the modification work necessary to keep the Class 142 Pacers in traffic.

This, he says, is because there should be a cascade of trains as a result of the Government’s electrification programme. In the next decade, wires will be erected in Scotland, the North West, parts of the Great Western network and Wales, making Classes 150, 153, 156, 158, 165 and 166 available, as well as Pacers.

However, these decisions have yet to be made; meaning someone such as Tribley will have to make a call on whether or not to go ahead with the work. He suggests that rolling stock companies may have to make such a decision, to ensure operators do indeed have trains at the start of January 2020.

But, as one source disclosed to RAIL, there is a belief that the deadline could be moved, much like the original ruling stating Mk 1s had to be removed from the national network by a certain date. These are interesting but frustrating times for those who deal with rolling stock.