FROM THE ARCHIVES: Grayling casts doubts on GTR's and Northern's futures 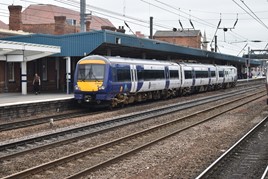 Govia and Arriva could be stripped of their franchises, Transport Secretary Chris Grayling warned on June 4.

In a speech in the House of Commons, Grayling said an independent inquiry by the Office of Rail and Road will look into the implementation of the May timetable, and consider why the system as a whole failed to produce an effective timetable.

While the findings will be shared as early as possible, to enable lessons to be learned ahead of future changes, he said the ORR would publish the final report before the end of the year.

However, parallel to that, he said the Department for Transport will assess if Govia Thameslink Railway and Northern met their contractual obligations in planning and delivery of the timetable.

“In GTR’s case, the assessment will cover whether the operator had sufficient resources and skills to deliver the new timetable, if drivers could have been trained in a faster and more effective way, and examine the contingency and risk management arrangements in place,” he said

Should it be found that GTR is in breach of obligations, Grayling said: “I will take the appropriate enforcement action against them. This includes using the full force of the franchise agreement and my powers under the Railways Act, and I will include how such a failure impacts on their eligibility to hold a franchise bidding passport.”

For Northern, the DfT will assess the operator’s planning, risk assessment and resilience, and preparations for the timetable change.

Grayling said: “Bearing in mind Network Rail’s failure to deliver infrastructure on time, we will absolutely hold the operator to the terms of their contractual obligations. I will not be afraid to take action where it is necessary to do so. I will not hold back from taking appropriate action if the review finds that there has been negligent behaviour.”

He made no mention of the fact that NR had warned Government about the 2018 timetable plans in 2013, as mentioned in the National Audit Office report into the Thameslink scheme (RAIL 844).

Grayling said: “It is also worth being clear that the industry remained of the view until the last moment that it would be able to deliver these changes. That is the bit that everyone will find hard to understand, and why there has to be a proper investigation into what has taken place.”

He added: “It is clear to me that both Northern and GTR were not sufficiently prepared to manage a timetable change of this scale. GTR did not have enough drivers with the route knowledge required to operate the new timetable. And neither Northern nor GTR had a clear fall-back plan.”

Grayling’s speech also failed to mention that Chris Gibb (chairman of the Thameslink Programme Industry Readiness Board) had recommended back in November that the Thameslink timetable launch should be deferred due to concerns about its implementation.

But he did say: “Network Rail, GTR and other train operators were ready to implement these major timetable changes - it should have been clear to them that some key parties were not ready. They did not raise this risk.”

Grayling claimed: “As few as three weeks before the timetable was to be implemented, GTR themselves assured me personally they were ready to implement the changes. Clearly this was wrong, and it is totally unacceptable.”

Prior to the speech, on May 31, NR Chief Executive Mark Carne had said: “There is no doubt that the May timetable was finalised significantly later than normal for reasons that were both within and without our control. The consequences of that have been particularly hard for both Northern and GTR to absorb.”