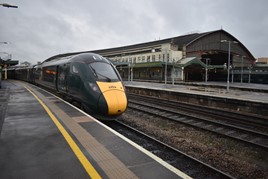 Securing political approval for even modest changes to railway organisation and structure has been of sub-glacial speed and complexity since 2004, when Government abolished the Strategic Rail Authority and put itself in charge.

For entirely self-serving reasons, ministers and civil servants never dispelled the public belief that uncaring ‘fat cat’ privateers or foreign state railways were in control, ramping up fares and creaming off profits which either enriched shareholders or subsidised European rail fares. DfT left train operators to ‘take the heat’ - which they dutifully did, fearful of speaking up and ‘biting the hand that feeds’.

Let’s be clear: other than very limited open access services, our passenger network has always been 100% publicly owned, with all contentious fares strictly controlled by ministers. Private companies were merely contractors, running the timetable for a fixed period using trains specified largely by civil servants on very tightly-framed public contracts for ever-tight-ening margins. Where train operators once earned 5%, this slumped to less than 2% as the Treasury became greedier over how much cash it could squeeze from the railway.

There was zero chance of meaningful change because 75% of all passenger services were in the South East, where lucrative season ticket revenues rolled on, year by year. There was zero incentive to pursue meaningful fares reform when the coffers were full, and the  Treasury/DfT feared changes which might reduce those fat, easy revenues.

Then COVID-19 came along and destroyed the model. We now urgently need what government micro-management has previously made impossible: rapid, fundamental change.

RAIL has said repeatedly that this is a ‘clean sheet’ opportunity for the sort of radical structural/fares reform which we could have only ever dreamed about in the past. And (say it quietly) the mood music is hinting that Treasury/DfT are finally buying into this view.

This would contradict the widely held view that we’d never see the Williams Review and that the couple of years required to legislate for a new structure would result in a continuing government stranglehold, given the urgent changes needed. But COVID-19 has accelerated the working from home trend which has already been driving down season ticket revenues for the past few years.

The word around Whitehall is that Treasury never really trusted DfT on cost management, but that the problem was concealed by those juicy revenues from commuters with no choice. Treasury also found the problem impossible
to grip, given self-perpetuating, rolling franch-ising: but that has now gone and Treasury has doubtless seen its moment of opportunity. The transport market as we have always known it, which has not so much driven DfT thinking as ossified it, has ceased to exist. A potentially revolutionary strategy could (and should) flow from that.

I am sticking by my Apollo 13 analysis (Comment, RAIL 910): Government must work with what it’s got. So, even with a White Paper/legislation, there is an urgent need for interim arrangements. The only pragmatic option is to reconfigure Network Rail, which Government owns, to look after infrastructure and… wait for it… manage passenger contracts.

Two truths must be confronted. Firstly, DfT will have to hand power to the rebooted NR, which won’t go down well. The 2004 Rail Review created the core problem by separating authority and accountability. It left the rail industry accountable for failure, but denied it the authority to make the changes required to fix things. Secondly, we must avoid the binary argument that railways should either be public or private - let’s find the sweet spot of efficient private delivery of our publicly owned pass-enger services.

As RAIL has said dozens of times over the past decade - it really doesn’t matter who owns the railway, what matters is how it is structured and managed. Embracing this is the key to success at this critical moment.

COVID’s dark cloud conceals a number of silver linings: opportunities for radical fare reform; slicker timetable production/flexibility; and (finally) a new impetus for freight which has proved on a less busy railway that it can compete effectively with other modes.

But if rail is to not merely survive but thrive, then it must reconfigure for a new purpose in which (maybe) leisure travel overtakes bus-iness traffic, and where slickly managed, higher-tech freight surges to new levels of growth. A railway where radical, attractive fares are available and (this is crucial) on which energy use has been transformed.

The day may come soon when diesel trains are banned from cities. Batteries, hybrids and hydrogen will all play a part - but the heavy lifting can only be done by electrification. Rail needs to deliver efficiency and investment in ways that reduce long-term operating costs - and electric trains are cheaper to build, operate and maintain than the alternatives. Downward pressure on operating costs will be increasingly important, especially if passenger numbers recover to around only 80%… because that will leave 20% of costs still not covered.

I hope Treasury has been persuaded that rail’s costs and revenues will be best managed by a unified, single, arms-length body which brings track and train together not in own-ership (that’s a red herring), but in structure and management.

Treasury needs to embrace that the best way to reduce costs in the current circumstances is not to have divided management of track and train. You cannot reduce passenger service costs in isolation any more than NR should be allowed to manage infrastructure costs alone. Get this wrong and NR could hunker down, shelter behind the legally binding CP6 settle-ment and say: “Our spending is legally protected until 2024. Go away.” If that happ-ened, the Office of Rail and Road would be required by law to defend NR’s position! That way, madness lies.

It’s time for Treasury to accept that the railway is a system and needs to be managed as such. So, make a rebooted NR responsible - and account-able - for tracks and trains, and require it to draw up a unified, balanced plan that works for all and where any pain is also shared by all. Reunite authority and accountability for the first time since 2004 and put folk who know their industry in charge. And if NR fails to perform, fire the men and women in charge. Include ORR, too, because selective regulation changes will be needed. The Secretary of State will still have to sign off new passenger contracts and so DfT would still retain the last word. Treasury and DfT must seize this moment.