COMMENT FROM THE ARCHIVES: R872 - Stakes could not be higher 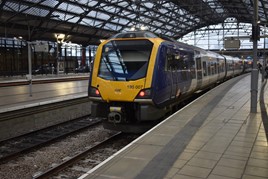 I genuinely believe that if everyone in the industry and Government do their part and the cards fall kindly, we could be on the cusp of the biggest change since privatisation.

A conversation with Secretary of State Chris Grayling left me in no doubt that the tectonic plates really have shifted at the Department for Transport. Grayling is insistent that Government should be clear about the railway it wants and how much money is available - but no more. Delivery and accountability should then be in the hands of an arms-length body with the specialist expertise required.

This is a 100% reversal from the 2004 Rail Review which abolished the Strategic Rail Authority - when DfT Permanent Secretary David Rowlands seized the SRA’s role.

Seven years of hell started by the West Coast franchise collapse of 2012, topped off by last summer’s timetable meltdown, have (I am told) led to today’s Permanent Secretary Bernadette Kelly sharing Grayling’s views.

But there’s a conundrum. A White Paper is promised as a Williams Review outcome - and this paves the way for legislation. But that takes time. The conundrum is that the radical nature of the change needed requires such legislation, but momentum could be lost while it grinds its way through Parliament.

Could creative thinking save the day? NR is now in the public sector and so, to create rapid progress, maybe some DfT accountabilities could be devolved to NR, which could establish a new arms-length body, in shadow form?

This is effectively what Deputy Prime Minister John Prescott did in 1999 when he established the shadow SRA (sSRA) under Chairman Sir Alastair Morton. Maybe a similar technique could be used to set up a new body, with legislation following retrospectively? Once passed, this would remove the shadow status and legally constitute the new body? Such a proposal would hinge on whether Bernadette Kelly’s legal role as accounting officer could be devolved into any new shadow organisation, pending new legislation? If so, Grayling could act rapidly after Williams concludes his report, if a new arms length body is among his recommendations.

Such a proposal could not succeed, however, without a very different engine ‘under the bonnet’ at NR. So, it’s good news that new Chief Executive Andrew Haines - supported by Chairman Sir Peter Hendy CBE - is showing every indication of being that ‘new engine’.

Haines presented his strategic plan to the NR Board shortly before this issue went to press, but as we publish before Haines unveils his plan to staff, NR was rightly reluctant to ‘tell all’. So, let me stick my neck out and outline what I believe Haines’ thinking is. This is drawn from reading between the lines of some of his recent comments, some made openly in public and others in closed meetings.

Routes will be rationalised - we will end up with Scotland, plus a 21st century equivalent of the pre-1948 ‘Big Four’. Farewell, then, Wales, Wessex, South Eastern and Anglia?

Route Managing Directors will become much more autonomous, important, influential and accountable. Haines signalled this on his first day by changing the reporting structure so that they all report directly to him.

Significant devolution of accountability to empowered RMDs will be advanced rapidly and deeply. The previously powerful, central Infrastructure Projects organisation will be dismantled and its staff, duties and responsibilities largely devolved to the RMDs.

A rump IP will be retained centrally for the relatively few responsibilities and services which would be beyond the RMDs’ remit - ownership and management of very costly plant, for  example, such as the Kirow cranes, which would be a central resource.

NR will refocus on customer service, rather than engineering or asset management.

Haines has learned that NR is seen as inflexible, slow to act, bureaucratic and risk averse - especially since reclassification. Sources close to NR say Haines is frustrated at the common view that NR uses reclassification as an excuse to ‘say no’ and that those guilty of this leave RMDs to deal with the ‘flak’.

There will be a clear plan to reverse seven years of declining train performance.

There will be a new drive to ‘fix the problem’ rather than pay ever-increasing sums in Schedule 8 disruption payments to TOCs.

Reverse what Haines regards as NR’s

disastrous attempt to replace hard-won experience with technology, in centralising train planning at Milton Keynes a decade ago.

Make sure the Control Period 6 settlement of £47 billion is focused not on enhancements, but on maintenance, renewals and operations.

Haines is too professional and discreet to overtly blame past regimes. Hints as to his thinking, however, were sprinkled through one recent industry speech, on January 25.

“Network Rail has possibly neglected the skills and processes of operating the railway in the interests of asset management, major infrastructure projects and the safety of our workforce… we are paying the price for that in the level of performance we are delivering.”

“Regardless of where you look… rail operations… has not in general been cultivated and valued as it should have been.”

“On key parts of the network, over half of all delays go investigated… this is a scandalous statistic and a massive missed opportunity.”

Operators “…have not been receiving the support and development that they deserve… operations have been neglected.”

Haines went on to comment how many trains from Bedford to the South Coast change drivers three times, and that DfT franchises chiefly focused on raising cash resulted in weak operational timetables of low resilience.

“In our frontline teams… people with less operational competence are often managing those with more.”

And finally: “The Ordsall Chord is a classic example of a fantastic piece of infrastructure which has unlocked great new journey opportunities … but where the new infrastructure was not supported by a sufficiently rigorous operating plan. Nobody really looked at how we would reliably operate 15 trains an hour, across six flat junctions in the space of a few miles, with disparate rolling stock, much of which will have travelled for several hours picking up potential delay on the way.”

I wish Andrew Haines well. Government cannot succeed unless NR succeeds, and the rest of the industry cannot succeed if Haines fails. The stakes could not be higher.

This is a once in a generation opportunity - Williams must find a way to unlock it.