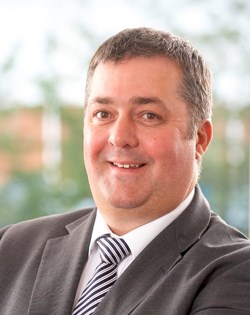 It’s been a long trip to the top, but now he’s there, Geoff Spencer is clearly out to change the way that DB Schenker is perceived.

He’s the chief executive of Britain’s largest rail freight company. His rise through the DB ranks has taken him to mainland Europe, and he has observed the rail freight sector from the frontline and from behind a desk. It is a grounding that Spencer believes has been invaluable.

DB has been quiet on the communications front for many years, even before the German giant bought the former EWS in 2007 from a consortium of Canadian National Railway, merchant bank Fay Richwhite and US investment groups Berkshire Partners and Goldman Sachs. It’s just not in its nature to boast about its achievements, but that was before it faced increasingly stiff competition from Freightliner and GB Railfreight, with Direct Rail Services also chipping away. Then there’s Colas Rail, which in recent months has also begun winning contracts, with significant gains in the oil and infrastructure markets.

Yet DB remains the biggest of the lot. And it’s a position it doesn’t plan on losing any time soon.

Based in Doncaster, Spencer is not far from where his career began. On November 10 1986, he began work as a Secondman at Healey Mills. From there he took on various roles, including working in the office.

He trained on various traction, but felt his career was going slowly. And so he moved to passenger trains for three years at Huddersfield, where he was based as a driver. While there he was asked if he wanted to become a Train Crew Supervisor, and then Traction Inspector.

In 1998 he became Traffic Traincrew Manager, which involved a six-week regional operations move to East Midlands and Anglia.

The following year he became Regional Operations Manager at Warrington Bank Quay - this role covered the West Coast Main Line from Crewe to Carlisle. From there he moved to EWS’ offices at Doncaster and became Director of Resources, which he describes as fascinating.

When the EWS business units were set up in 2005, Spencer was in charge of everything that was not part of one of the units, including planning, safety and procurement. As part of that role he was also involved in setting up Euro Cargo Rail (ECR) in France. Spencer says that things had to work with reliability. Consistency was key.

In 2010 he was asked to move to Mainz in Germany for a new role. This was a slightly different job, with responsibility for DB’s fleet, including locomotive purchases and European-wide fleet strategy. He also had to introduce benchmarking regarding DB’s productivity, while ECR still formed part of his thinking.

In September 2013, Spencer returned to the UK as chief executive - the first time a DB Schenker chief executive had been based in the UK since Keith Heller retired in 2011.

Spencer says DB’s view is that ECR helps to develop a European-wide rail network, although there are issues: “Different gauge is the issue. We are part of Europe, but you can’t change history.

“Part of the discussions we have include: do we buy locomotives with three safety systems? That is costly. So we need to work that out.”
He speaks of the UK mentality: “In the UK you think it is the end of the line. It isn’t. We are part of the European network.”

There have been accusations that DB is only interested in the Channel Tunnel. Locomotives have been exported, with Class 66s moving to ECR in France and Poland, and ‘92s’ heading to Eastern Europe.

Spencer refutes those suggestions: “The strategy is Europe. A good sign is the investment in Barking. That is a substantial cost, one that DB would sign off. If we have an investment case the European board will back us. I have not been rejected yet.”

The project at Barking features the development of a multimodal Euro-hub for the import and export of finished vehicles. It will be the only rail-linked facility of its type in the country, connected to HS1. DB has a 20-year lease on a 34-acre site that will accommodate unloading, storage, preparation and distribution.

The operator says the site will be ideally situated at the most westerly point of connection to the European rail network, providing a pivotal link between the UK and Europe. Initially the terminal will be able to handle up to 150,000 finished vehicles per year.

DB expects it to open in March. It has the potential to create 21 local jobs over the coming years, and will have the capability to handle both international and domestic intermodal traffic, presenting a genuine opportunity to drive modal shift.

“There is nothing near the capacity for HS1. This is about innovation,” says Spencer.

He says that within the UK, the markets are changing: “Coal is volatile, it will drop off eventually.”

RAIL queries why DB does not have a bigger presence in the biomass sector, which seems to irritate Spencer.

“70% of Drax biomass is moved by us. There are not yet many others working with biomass. We expected more power stations, but I think there is a delay in the commissioning of certain facilities. There are still some decisions to be made, too.”

The markets have also changed in terms of what can be carried.

“We have learned that you need to move as much volume as you can. The length of the train is more efficient than others, when it comes to biomass.” (All biomass traffic at Hull and Immingham is moved by DB.)

He continues: “Intermodal is also very important in our development. There is a will to invest. Anubis is here , and that is an indicator of the strength we have. We are rolling out a £7 million replacement of all the hardware we have for systems right across Europe. It is the same with the planning systems. Productivity is vital.”

Planning is clearly something Spencer believes is vital to the business.

“There are a few things we need to do. Strategy is part of the European network. The traditional markets are evolving, or may cease. We need to reinvent and invest a lot.

“But how do we get the best out of markets? What do customers want? This is what we want, to work with the supply chain. Our competition is the roads.”