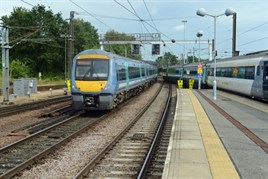 Campaigners and politicians have been clamouring for ‘Norwich in 90’ to form a key part of the next East Anglia franchise that is due to begin in October 2016.

However, while Secretary of State for Transport Patrick McLoughlin spoke of the need for this last year, as well as when launching the East Anglia franchise prospectus on February 19 (RAIL 769), the document stops short of it being confirmed.

“East Anglia has a thriving economy and I want it to be served by the best train services possible,” said McLoughlin at the launch of the prospectus.

“Giving the region train services fit for the 21st century is vital to connecting people with jobs and businesses with customers. Good transport is central to our long-term economic plan.”

However, the next franchise will cover a lot more than simply speeding up trains between Norwich and London.

The rolling stock used on the Great Eastern Main Line expresses between the two cities - Class 90s and Mk 3s - are capable of faster speeds (the maximum on the route is 100mph, but they can run at 110mph if needed). However, campaigners say there is also a need to replace them with brand new inter-city stock.

The prospectus says: “The trains are designed to operate at 110mph but infrastructure on the route does not allow running over 100mph. The fixed formation and the characteristics of the train make it unsuitable to the high-density commuter operation that the rolling stock is currently used for in the peak but, conversely, they often operate with spare capacity in the off-peak.”

In the foreword to the prospectus, Rail Minister Claire Perry wrote: “As well as being a premier travel choice for commuters into East London, the new East Anglia franchise will feature inter-city, suburban and regional services, and serves airports, ports and one of the UK’s premier centres of technology. We want an operator for this franchise that will take on this exciting challenge and provide the rail services that will allow these markets to thrive.”

It is anticipated that the EA deal will start on October 17 2016, and last between eight and 11 years, with a one-year extension option.

The deadline for tenders to be submitted, or for requests to participate, is April 15, after which the Invitation To Tender (ITT) will be issued on August 31 2015. The deadline for ITT submissions is December 2015, and the winner is likely to be announced in June 2016.

The current Greater Anglia franchise is operated by Abellio, which was awarded a 29-month contract that began on February 5 2012. It then negotiated a two-year Direct Award that began on July 20 2014 and finishes on October 16 2016. That replaced what should have been a longer-term deal, which was cancelled after the DfT implemented its franchising review following the InterCity West Coast franchise debacle.

The main market for the franchise has tended to be dominated by commuter travel to and from London, particularly the City and Docklands. There is also leisure travel to Stansted Airport, the Westfield shopping centre at Stratford, and the coastal resorts of Sheringham, Cromer, Great Yarmouth, Lowestoft, Felixstowe, Walton-on-the-Naze, Clacton-on-Sea and Southend-on-Sea.

The prospectus highlights the growing business markets in Cambridge, Ipswich and Norwich, while Stansted and Southend airports and Harwich International (with its ferry connections) serve international markets.

It also delves into the markets for individual routes that will be served by the new franchise. It reveals that over the seven years to 2013, total inter-city revenue growth averaged 4.6%, which is significantly below the average UK IC sector figure of 5.3%. Yet Greater Anglia inter-city services provide the highest yield per passenger of any East Anglia service group, with an average fare of £12. The market is responsible for 23% of EA franchise revenue, after devolution of Metro trains to Crossrail and West Anglia Inners to London Overground.