What if these lost lines hadn’t closed at all? 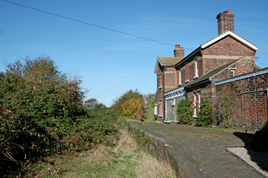 Thankfully, railway closures are rare today - especially passenger lines, unless they are replaced by a better alternative. But that has not always been the case - the railway is still feeling the massive effects of the Beeching modernisation plan of the early 1960s (see panel, page 75).

To be fair, in the 1960s, restructuring the loss-making railways was understandably necessary. Some lines were no longer needed, and the railway was woefully overstaffed. Additionally, the way we travelled and moved freight was changing, with a surge in car ownership and a better, leaner road haulage industry.

Sadly, the biggest single oversight of implementing Beeching’s plan, or indeed any railway closure, was not protecting trackbeds once the rails had been lifted. If lines had been mothballed, or if ownership of the trackbeds had been retained by British Rail even after they were ripped up, with developers barred from building on them, things could have been so much different. Reopening lines would also have been a lot easier, especially if legislation existed to allow railways to be reinstated without costly consultation.

But they weren’t. Today, with a rising population, the demand for rail travel has increased. Yet reinstating railways is so much more difficult and costly. And because of the latter, often they duly don’t make a strong enough economic case. Ironically, a lot of that cost is not the actual physical rebuilding of the infrastructure.

Unfortunately, there will always be opposition to any building of a new railway - even if it’s on an old trackbed - from those who live next to it or close by. That’s why there is so much opposition to HS2 - it’s people not wanting a railway near them. It’s classic ‘not in my back yard’ NIMBYism.

But of all those lines which have been long closed and ripped up, which ones could we really do with today? Here’s my own wish list, in no particular order…

Let’s be clear: in many cases it’s hard to argue (economically) that these lines should be relaid, because events have overtaken us and it’s no longer that easy to re-lay a railway. That said, I will at least try to present some arguments for re-opening, although in most cases I doubt that they ever will. I am merely suggesting lines that would have been very useful today, and how UK plc could have benefited.

At first, these two towns in Devon might not seem to be hotbeds of railway activity, but it’s the bit in between that we could really do with today.

The fact that Meldon and Bere Alston themselves remain on the network highlights the sheer folly of some of the line closures. What was gained by closing the 20 miles of railway that once linked them?

It was deemed that the route via Meldon was a duplicate line between Exeter and Plymouth. But for duplicate, I read alternative. And when you consider that closing it meant only one route was retained between the two cities (via the Dawlish Sea Wall), alternative becomes a far more powerful word than duplicate.

It would provide a diversionary option if the existing line via Dawlish is closed, as it so often can be. Who can forget the 2014 closure of this line that cut off Devon and Cornwall for two months from February to early April?

Relaying this line would prevent that. It would also be a scenic tourist line - you could run an Exeter-Plymouth-Bere Alston-Okehampton-Exeter circular steam-hauled service and never have to turn the locomotive!

This line actually closed in several stages, and part of it does actually remain open, but again it highlights a short-sighted closure.

The line from Grimsby to Firsby South Junction closed on October 5 1970 (apart from the 13 miles to Louth, retained for freight until 1981), along with the section from Boston to Spalding. South of Spalding, the line to Peterborough was also closed to passenger traffic at the same time, although this was quickly reversed and reopened in 1971.

The line from Spalding to March closed ‘as recently’ as November 27 1982. And when it did, it meant all freight from East Anglia to Yorkshire had to run via Peterborough. This is now a major bottleneck, and there have been calls in recent years to relay the line from March to Spalding. Sadly, that is unlikely to ever happen as so much of the trackbed has been built on and bridges removed.

While March to Spalding is the biggest ‘miss’ from today’s railway, the line through to Grimsby would have been an alternative route to and from the port of Immingham, opening up avenues for traffic from London and the Home Counties to avoid using the busy East Coast Main Line.

This is a line that could, possibly, one day reopen.

The Waverley route was a controversial post-Beeching closure on January 6 1969. The recent reopening of 30.5 miles of the route, to Tweedbank, has been a major success. Indeed, so popular has the rail service been, that it’s now being argued that too much of the line is just single track.

There was talk at the end of the 1990s about relaying the line from Carlisle north into the Kielder Forest for timber traffic. That didn’t happen, but momentum is now building to reopen the 65 miles from Carlisle to Tweedbank.

Why? Well, it would offer an alternative route to Edinburgh. But it would also be a popular line, and give a much-needed boost both for commuting into Carlisle and to the populations in a beautiful part of the UK that is all too often sadly overlooked.

The line to Uckfield was truncated on May 4 1969, and the eight miles south to Lewes were cut.

In hindsight, this again seems to be short-sighted. Uckfield is a busy commuter town for those who want to work in London but live well away from it - it’s a 78-minute journey into London Bridge.

Relaying this line would allow an alternative route from London to Brighton, serving different populations.

Part of the line, from Isfield to Worth Halt, is in use as the heritage Lavender Line, so any reopening would rely on a deal being struck to return this to the national network.

Closing some lines was based on poor patronage, but after cessation of the passenger trains some lines were retained for freight only. A classic closure of 1967 was that from Stanley Junction (just north of Perth) to Kinnaber Junction (near Montrose). This was part of a through route from Aberdeen to Perth and ultimately Glasgow.

When the 46-mile line closed, remarkably over two-thirds of it was initially retained! The 26 miles from Stanley Junction to Forfar and the five miles from Kinnaber Junction to Bridge of Dun (and on to Brechin) were both still in use into the 1980s, some 15 years after closure!

Forfar eventually lost its sparse freight traffic in 1982, Brechin having done so a year earlier. So until 1981 the only bit of the line actually closed and lifted was the 15 miles from Forfar to Bridge of Dun.

So, why would it have been a useful line today? Well, Angus is busy with freight, much of it agricultural, yet all of it goes by road. And the road network is nothing to shout about - trucks are forced to pick their way through some fairly sizeable towns such as Blairgowrie and Coupar Angus.

Could it reopen? Much of the trackbed exists, but it has been built on at a number of places, especially at Stanley Junction where the line left the Highland Main Line. So its chances of being rebuilt are, sadly, probably ‘nil’.