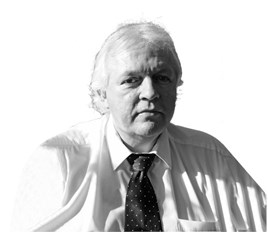 By the time this is published, the dreadful Southern strike could be over - or it could be continuing its bloody trajectory.

Carnage has been wrought in the lives of ordinary people in whose name this fight is being fought, but they deserve much better from everyone involved. The Government is disingenuous in standing back, Southern stands rightly charged of ham-fisted and heavy-handed management, while the unions are increasingly seen as Luddite.

Confusion has been worsened by the description ‘Driver Only Operation’ when no such thing is proposed. Ill-informed media coverage has often been factually incorrect.

Finally, on Tuesday December 13, the ASLEF strike which brought Southern to a standstill was, I believe, a turning point which badly damaged the union’s case in terms of public perception. Two things happened. Firstly, the situation got so bad that even national journalists finally cottoned on to some deep-seated truths that they had previously not understood - and this put union spokesmen on their back foot. Secondly, the dispute suddenly started to feel very much like the 2016 junior doctors dispute at the point they overplayed their hand with that proposed last series of strikes, which threatened to do real harm to patients. The tide turned and instinctive public support for doctors evaporated - and they rapidly lost the argument.

Having seen endless conflicting ‘facts’ in the news, I decided to drill down to remind myself of exactly what is proposed and how this compares with UK and overseas practice.

We already have true DOO - where there is ONLY a driver aboard. This includes the Tube (four million passengers a day), while on main lines true DOO services include Thameslink, London Overground, Great Northern, Southeastern and Greater Anglia. Around one third of UK services are already true DOO.

Some of these are already operated by GTR/Southern, who do NOT intend to extend true DOO. What is proposed are new trains where doors will be controlled by the driver, who will be assisted by the same Guards/Conductors who do the job now, but whose roles will change. They currently operate doors and are designated ‘safety critical’. This means a train is cancelled if no guard is available.

Southern (SR) has committed to continuing to roster new On-Board Supervisors (OBS) to every train that currently has a guard. DOO is a confusing misnomer: ‘Driver Controlled Doors’ would be more informative, more accurate and much less confusing or provocative.

SR has committed to recruiting 100 extra OBS - and because they can work any train, any time, on any route, this will also tackle one of commuters’ biggest pre-strike concerns about lousy service - because far fewer cancellations will result. It is written into SR’s concession (not franchise, note) that OBS are required to the end of the franchise.

Each station is being risk-assessed to ensure safe operation, by provision of staff where established procedures with ORR require such staff. Likewise for lighting and visibility - all done in association with ASLEF, by the way. Help points at unmanned stations mean turn-up-and-go passengers requiring assistance can arrange it. Either staff are sent from a nearby manned station, or the quickest solution is usually to take passengers by taxi to the nearest manned station.

SR wants to run trains without an OBS only in exceptional circumstances. For example, a busy late-running train at London Bridge would currently be cancelled if a conductor is unavailable. What SR wants is to run the train without an OBS to the nearest station where one could join it. This would avoid cancellation and in that respect is very much in passenger interests.

But is all this safe? There is always risk that cannot be eliminated, only managed. And the prevailing view is that true DOO is safe - indeed ASLEF drivers operate such trains every day and agreed to the introduction of the last tranche (Class 700) on Thameslink as recently as 2011. It is hard to understand why extending this practice is suddenly unsafe.

Risk assessments on the Tube are identical to heavy rail and four million passengers a day use it safely in an equally busy environment, with some very large platform-train gaps. The Paris Metro already operates driverless trains - doors are opened automatically and close on a time-lapse. In Dubai, the Metro operates automatically - trains don’t even have cabs. Our very own Victoria Line is not only entirely automatic, it is also digitally signalled to create high capacity. The ‘driver’s’ only job is to operate doors.

Set in the wider context of what happens both globally and here in the UK, Southern’s proposals look modest… certainly evolutionary, not revolutionary. It is difficult to perceive any added risk. Indeed, Rail Standards & Safety Board CEO Mark Phillips and ORR Director of Rail Safety Ian Prosser have formally confirmed that SR’s plans are safe.

Evidence supports this view. In 2015-16, more than 1.6 billion passengers boarded 26,000 trains a day  in considerable safety: there were just six ‘trap and drag’ incidents and injuries.

Incidentally, by December 14, 222 of Southern’s 223 conductors had signed to agree to the proposals and adopt the new OBS status in January. As if this dispute were not confusing enough, we now have the spectacle of a union continuing to strike against a change to working practices and roles which its members have already formally accepted.

I have avoided quoting the RMT’s Mick Cash, ASLEF’s Mick Whelan or Secretary of State Chris Grayling - I wanted to remind myself only of the issues involved, what they mean and their relative safety.

No one loses their jobs. No one loses any pay. Trains will not run routinely with only a driver. There is no additional risk as assessed by established procedures through which both unions have approved true DOO as recently as 2011. These are not opinions, they are facts - and facts are impartial.

I was once a proud member of the National Union of Railwaymen (under Sidney Weighell), now the RMT, and I have great empathy, affinity and friendship with drivers. But I simply cannot see a legitimate reason why these proposals to modernise our railway should not go ahead. The blunt truth is that this is a dispute which we have been putting off for 25 years - and you can see why. It also now threatens rail’s reputation more widely.

Readers will draw their own conclusions - but the appalling misery our industry is inflicting on hundreds of thousands of its customers, week after week, must end.