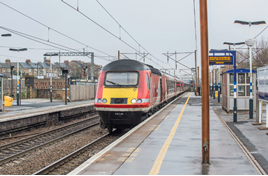 The National Rail Timetable (NRT) at last shows considerable signs of improvement, with the latest version being far more accurate than recent ones. What lets it down is its introduction and presentation, because clearly it was intended to be rather different and then changed course. Let me explain.

I was told that, in order to aid accuracy, a lot of detail would be removed from this edition. That included all bus and ferry tables (which come from third parties and were rarely correct anyway), all details of catering, references to First Class, reservation symbols, station minimum connection times, and symbols in station banks that showed if a station has a ferry, metro, tram or underground interchange.

In addition, I was told mileages would be removed. I took this up with the Office of Rail and Road (ORR), which agreed with me that this was a requirement, because the Routeing Guide defines distances as “those shown in NRT tables”.

In the event, however, little has changed in this NRT, except for the removal of virtually all bus and ferry tables (only 123A remains, as will be detailed on page 63).

Where the presentation is poor is that on downloading the full NRT I found that the ‘References & Symbols’ file had had everything removed to match what had been intended, so you’ll find no explanation of the various catering symbols, and so on. All that remains are symbols for days of the week and ‘u’ and ‘s’ for ‘pick up’ or ‘set down’ only, plus ‘x’ for request stops. Those readers who buy the full version from Middleton Press need have no fear, because I suggested to them that they remove the new page and replace it with that from the May 2016 edition, which showed all the symbols. Easy? Yes, so why didn’t the NRT team do the same thing at the last minute?

The next thing I spotted was that the sleeper tables file, T400-404, was still that from last May. I emailed the NRT team who told me the new one was being worked on and the May file was duly removed.

A week or so later I emailed again to ask when it would appear, only to be told ‘we’re not doing one any longer’. They then added that they hadn’t done one in May either!

I reminded them that May’s existed and I still had it - and as for not doing one any longer they should look at the foot of table 65 where every page has the note: ‘For sleeper trains, operated by Serco Caledonian Sleepers, refer to Tables T400-T404’!

In reply, they said they would remove all those notes. The trouble is Middleton Press wanted to go to print and certainly couldn’t wait for revised pages, so again I suggested to them that they lifted the sleeper table from their ‘Abbreviated’ (ex-Thomas Cook) version (which came out before Christmas and appears there as table 161), rename it T400 and insert it at the end of the full NRT.

At least users of the full printed version will not therefore be led astray by these basic errors of presentation.

Next, the issue of the NRT maps. Middleton Press has its own and does not use these, as they haven’t been updated for some time - and it’s just as well because they show all the bus and ferry tables that have been withdrawn.

I asked the NRT team what they would do about these and was told: ‘We are currently reviewing the use and content of Map Diagrams.’ So I assume these too will be withdrawn in due course.

The Index has been greatly simplified and seems accurate, but now consists only of a list of stations with the table numbers alongside each. Gone are all the sub-divisions or details of cycle storage, car parks, taxi ranks and so on.

Campaign organised by rail unions and the Trades Unions Congress claims British passengers spend up to six times as much as European counterparts on rail fares.