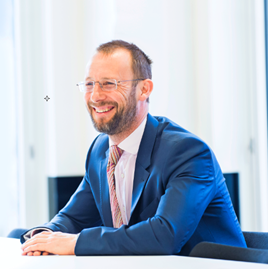 Judging by all the heat, anger, vitriol, emotion and vicious criticism that swirled around the Southern strike, the proverbial visiting Martian would be forgiven for thinking that we have the worst railway on the planet.

It hasn’t helped that this strike has caused such chaos in the South East - and specifically London. Our London-focused (some might say obsessed) national media has not only had this disastrous dispute right on its doorstep - making it very easy to cover - it has also affected many journalists personally, their friends and families. They can very easily identify with the misery this strike has caused because they share it every day. That’s led to an even more toxic media outcome for the railway than if the strike had been in the North.

It’s easy for journalists (as it is for politicians or anyone else) to fall into the trap of believing that everyone thinks like you and those around you - either physically or on Twitter. And this has led to some horribly damaging media coverage, in both print and broadcast.

Reporters’ scripts, and the accompanying video package introductions read by studio anchors, have been framed to give the impression that the entire 11,000-mile network was on its knees. This is nonsense - performance elsewhere has been patchily average, good and excellent, as always. But we must engage with the world as it really is, rather than as we would like it to be. and ‘the industry’ has had to deal with a tsunami of hostile coverage.

I have often talked in Comment about the specifics of how the railway handles its annual ordeal of the January fare increases (grumpy commuters always make good news TV), and so it becomes a story about how the Rail Delivery Group performs - or not.

This year, although there was a considerable improvement on some awfully inept foot-in-mouth PR policy in the past, the industry’s media performance was still nowhere near effective enough. The response more widely lacked clear strategic thinking, which led to a patchy and generally poor tactical response. It misfired by being reactive rather than proactive, and (as usual) merely seemed to ‘offer information’ rather than assertively ‘sell’ its message. It was too bland, too much on the back foot, and lacked zest and punch.

But there was an exception - a ray of hope, you might say. Although he has a long way to go to match the impact of some previous railway media spokesmen, I have to congratulate RDG Chief Executive Paul Plummer. He not only had the cojones to put himself at the eye of the storm in front of the cameras, he also made a pretty good fist of putting the railway case in the face of the customary very sharp questioning.

Since his appointment in November 2015, Plummer has made a noticeable difference. The organisation comes across as more purposeful and focused, and is creating much more of a positive profile in the rail industry. Mind you, Plummer started from a very low base. Created in the wake of the McNulty review, RDG has struggled to find an effective and credible role, and has been the subject of considerable criticism - not least from me. As an organisation with no clearly defined specific industry role and no accountability in itself, the word ‘Delivery’ sat rather uncomfortably in its own title, arguably until Plummer’s appointment started to create a bow wave (albeit a modest one thus far).

From the start RDG was hamstrung by the contradiction between its claim to ‘represent’ the British rail industry and the harsh reality that it just didn’t. Its members are the the train operators (passenger and freight) and Network Rail, and the organisation struggled under the accurate charge that huge swathes of the industry were just not formally represented.

The chosen explanation that there would be too many people around the table if suppliers were there simply didn’t wash. So when the Rail Supply Group was eventually formed to fill this vacuum, this both validated criticism of the RDG while introducing yet another interface into an industry already seen as considerably fragmented. Even Plummer refers to this as the “industry’s alphabet soup” in the course of our conversation.

RDG’s public profile and PR approach had hardly sparkled, with periodic bursts of truly lamentable performance that did nothing for the railway’s image. This is not necessarily a reflection on the abilities of its spokesmen, more a comment on its failure to generate a coherent PR strategy from its largely unfocused role.

For a long period, RDG really believed that the only - and best - PR it needed was ‘doing a good job running trains’. Yes, really.

But even if the industry had delivered this across-the-board 24/7 excellence (which is frankly impossible), this notion was (and remains) naive nonsense. Running a great service can only be a starting point.

At fare increase time in particular, print and broadcast journalists consequently gave the railway a torrid time. Yes, grumpy commuters always make good copy at an otherwise quiet time, but RDG rather did walk around with a sign on its back saying ‘kick me’. The rest of the year, RDG press releases were barely relevant. In the RAIL office, we quickly tired of meaningless documents that all-too-often started with the words “RDG welcomes…” By definition, these words are the hallmark of a wholly reactive organisation.