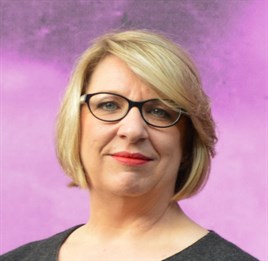 Former East Coast Managing Director Karen Boswell is to take over from Keith Jordan as MD of Hitachi Rail Europe, with effect from June 1.

Boswell has been appointed to lead ‘the rapid expansion of the company’, while Jordan will take up a new international role to integrate Ansaldo STS and AnsaldoBreda, which were recently acquired by Hitachi.

Nick Hughes also joins HRE from from Ansaldo STS where he is currently UK Chairman. Prior to that, Hughes held senior business development roles in Alstom Transport and Jarvis.

Andy Barr will remain as Chief Operating Officer and will hand over the responsibility for sales to Hughes, allowing Barr to focus on expansion of the company.

The company’s manufacturing plant at Newton Aycliffe is expected to be operational later this year, focussing initially on maintaining existing orders for Class 800/Class 801 Intercity Express Programme Trains, as well as the AT200 EMUs for ScotRail.