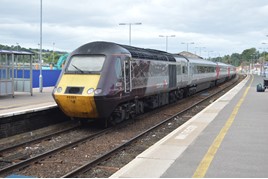 A call for evidence for Keith Williams’ rail review was launched on December 6.

The review is now seeking views from stakeholders across the UK. This will be needed, the government says, to inform a ‘root and branch’ review that will transform the rail industry.

Williams wants to hear from passenger representatives, businesses, leading thinkers and investors as well as local and devolved bodies and governments.

Williams said: “Creating a railway for the 21st Century passenger is at the core of this review. We’re launching a call for evidence and want to hear from passengers, the industry, leading thinkers and investors - and also the cities, towns and regions who depend on their rail connections.

“Next year, after forensic investigations and conversations with people across the country, we will deliver a white paper with ambitious proposals for change.”