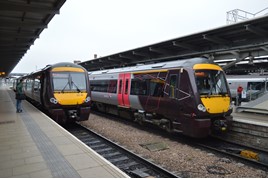 Six train operators are not giving passengers the correct advice on whether they can claim consequential losses, according to consumer watchdog Which?

It follows a change in March in the National Rail Conditions of Travel, giving passengers the right to claim for losses incurred when they are forced to make alternative travel arrangements, such as paying for a taxi when the last train of the day is cancelled.

Which? made two calls to 26 train operators, asking if an elderly friend or relative was eligible for compensation in such circumstances. Half of the train companies gave the correct advice on each call, but the remaining 13 either gave inconsistent or inaccurate advice.

Meanwhile, Thameslink/Great Northern, Chiltern, Southeastern, West Midlands Trains, Arriva Trains Wales and Virgin West Coast were inconsistent, with one call eliciting the correct information and the other either incorrect or “vague and unhelpful” answers.