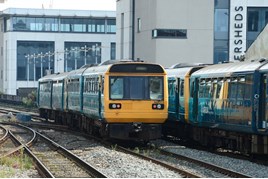 The Welsh Government has told RAIL exclusively that discussions are ongoing between itself and the DfT to resolve the issues surrounding the next Wales & Borders franchise.

It hopes to issue the ITSFT on September 26, with the franchise winner announced in early 2018 and the franchise starting in October 2018.

Transfer of rail powers to Wales is expected to be made by the end of the year, in which case the Welsh Government will be awarding the franchise.

“We would like to control our own destiny, and deliver a really high-quality rail service for the people of Wales,” one Welsh Government source told RAIL.

A DfT spokesman said: “We remain committed to the principles agreed with the Welsh Government in 2014 to devolve rail powers. We continue to work with them on the devolution, and to support them to deliver a successful procurement of the next Wales & Borders franchise.”