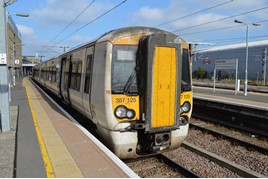 Government is actively considering the future of the Thameslink, Southern and Great Northern franchise, according to Rail Minister Andrew Jones.

Responding to a Commons Written Question from Joan Ryan (Labour, Enfield North), regarding the transfer of commuter services to Transport for London as proposed in 2017’s Gibb Report, Jones said on December 12: “Building on the Strategic Vision for Rail, the Department is actively considering the future of the TSGN franchise.

“It is doing this working closely with the Williams Rail Review which, as part of its work, is examining the most appropriate organisational and commercial models for the future railway. This work is at an early stage and nothing is off the table.”