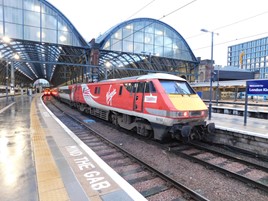 The Transport Select Committee is to investigate the causes behind the failure of the Intercity East Coast franchise.

In a statement today (February 12), it said it would also look into the best options to maintain services on the route.

The TSC said that in oral evidence on January 22, Secretary of State for Transport Chris Grayling said the reason the franchise ran into difficulties was: “purely and simply about the revenue that it has received to date.”

This is the third franchise to collapse on the route since the start of 2007.

Lilian Greenwood MP, TSC Chairman, said: “This failure – not once, but three times – has drawn criticism from all corners.

“There are serious questions to be asked of the train operator, Network Rail and Ministers and the Transport Committee intends to ask them. The failure of the East Coast franchise has wider implications for rail franchising and the competitiveness of the current system. Lessons need to be learned by all concerned.

“In the meantime, the Department for Transport must take the right steps to protect passengers and taxpayers. Safeguards must be put in place to restore public confidence in the sustainability of our railways.”

In a statement, the TSC said its inquiry will: “examine the lessons to be learned from this and previous franchise failures on this part of the network; the best way forward in the short and longer term; and the wider implications for the rail franchising system.”
It is especially interested in:

Written submissions should be made by March 26.