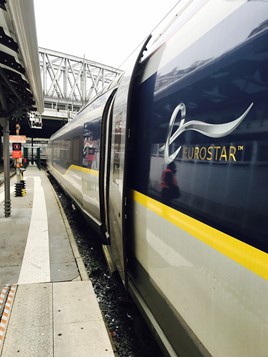 The fate of cross-Channel operator Eurostar remains uncertain, after Rail Minister Chris Heaton-Harris confirmed that no agreement over financial support had been reached with the French Government.

Sources suggest that the French have agreed support. This would be provided via state operator SNCF, which has the largest owning stake in the cross-Channel business at 55%.

Responding to a Commons Written Question from Shadow Rail Minister Tan Dhesi, Heaton-Harris replied on March 15: “The Department has held initial but constructive discussions with the French Government to explore possible options regarding Eurostar’s financial situation and we will continue to engage very closely with them and Eurostar over the coming months.

“However, these talks are at an early stage and there is no agreement in place.”

The Minister said Government will also work closely with the wider international rail sector as it looks to restart and recover international travel “when it is safe and appropriate to do so”.

He added that Secretary of State for Transport Grant Shapps will lead a successor to the Global Travel Taskforce to develop a framework that can facilitate greater travel when the time is right, while still managing the risk from imported cases and variants.

The Taskforce is due to report its initial findings on April 12, which the House of Commons Transport Select Committee wants  to be made public. Eurostar is part of the Taskforce.