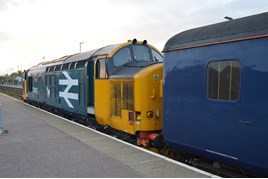 The privatised passenger railway could have cost £51 billion more to operate than if British Rail had remained in state hands, a new study suggests.

A Very Costly Industry - the cost of Britain’s privatised railway was written by John Stittle of Essex University and Sean McCartney of the University of London. It was published on May 20.

However, while under the ‘steady state’ scenario British Rail would have been more efficient than the privatised railway in most years from 1997-98 to 2010-11, the authors conclude that if passenger growth had been matched, the cost per year of the privatised railway would have been less in each year from 2011-12 to 2013-14. In the last year examined in the study, British Rail’s hypothetical costs are estimated as £10.2bn, while those of the current passenger railway were £9.3bn, excluding freight operators.