Staged return to work at Hitachi and CAF factories 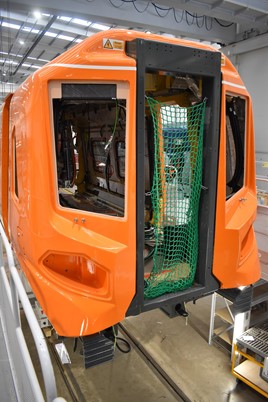 Although neither site closed entirely, workloads were reduced with a number of staff unable to carry out their duties as the companies introduced social distancing. The aim was to ensure the sites could return to work quickly once given the go-ahead to do so.

In a statement Hitachi said: “Having completed in-depth risk assessments, we have put in place multiple new systems of work in accordance with the latest Government guidance. This will allow us to start a staged process to return to operational efficiency at our Newton Aycliffe manufacturing site."

At CAF, a skeleton team had remained at work at Newport to keep the workflow going. A bigger team restarted on April 14.

Production there is centred on the final Northern Class 195 diesel multiple units, as well as the West Midlands Railway Class 196 DMUs and the start of the ‘197’ DMU order for Transport for Wales.

At CAF’s Beasain factory in Spain, staff returned to work after the Easter Bank Holiday. This means materials can again be supplied to South Wales.