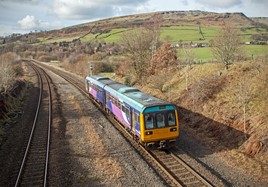 Although the region is set to benefit from High Speed 2 and Northern Powerhouse Rail in the coming decades, the strategy calls for even further improvements.

While none of the ambitions are fully costed, Mayor Dan Jarvis said: “This is a landmark moment for our region. For the first time, Government, regional partners and our local authorities have come together to welcome a vision for the future of our rail services, creating a Plan that will revolutionise rail travel for our communities.

“The most important feature of this Plan is that it ties together separate projects such as HS2 and Northern Powerhouse Rail into one cohesive whole, enabling people to travel within our region, across the North and nationally in a simple and efficient way.”

The highest-profile scheme - subject to there being a business case - is a 4.5-mile spur from the East Coast Main Line to Doncaster Sheffield Airport (with a new station), linking with the Doncaster-Lincoln line.

Analysis suggests that almost nine million people will be within a 90-minute rail journey of the new station (the current figure is 2.4 million). It is also expected to create up to 16,500 jobs, accelerate the construction of 8,500 new homes, and cut transport emissions with more people using rail to get there.

Extension of the tram-train system north from Rotherham to Doncaster (and the airport) is also proposed, which would help to release capacity on the conventional network.