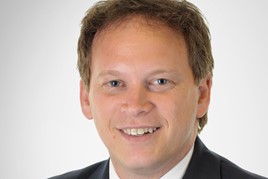 Grant Shapps has replaced Chris Grayling as Secretary of State for Transport.

The Conservative MP for Welwyn Hatfield was appointed on July 24, the same day that Boris Johnson officially became Prime Minister.

Shapps (50) became an MP in the 2005 General Election. He was last in office between May 11 and November 28 2015, when he was Minister of State for International Development.

Grayling is understood to have offered his resignation as early as July 23, having been Transport Secretary for a little over three years.