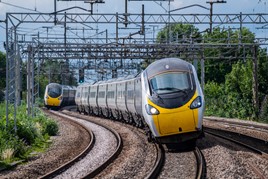 The next planned timetable uplift is expected to be September 7, according to senior RAIL sources.

It’s also hoped that by then the current one-metre-plus social distancing ruling could be relaxed to allow passengers to sit side-by-side if required, albeit wearing face coverings. If that happens, trains could carry around 50% of their usual capacity.

Our source told RAIL it was also stated that Rail Minister Chris Heaton-Harris told operators and owning groups “a few weeks ago” that discussions regarding the Emergency Measures Agreements (EMAs), due to expire on September 20, would happen “within weeks”, but this has yet to happen for some companies.