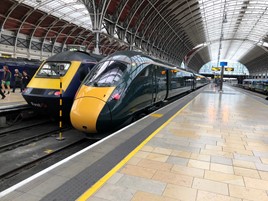 The Royal Shakespeare Company and the Shakespeare Birthplace Trust have written a joint letter to Great Western Railway Managing Director Mark Hopwood, urging him to improve services between London and Stratford-upon-Avon should GWR retain the Great Western franchise.

In the letter, sent on August 7, the RSC and SBT ask for the introduction of direct services from London Paddington to the Warwickshire town to be included in GWR’s bid to run the franchise beyond April 2020.

They call the existing Stratford-London Marylebone service run by Chiltern Railways “woefully inadequate” for an international tourist destination, with just three direct services on weekdays and a shuttle service to Leamington provided for additional connections.

With only 6% of Stratford’s 9.8 million annual tourists currently arriving by rail, they say there is considerable scope to increase rail journeys by 402,000 a year. They say it would be worth some £22.5 million to the town’s economy.