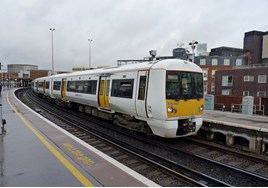 RMT union members are to be balloted over two separate disputes regarding pay and working conditions on Southern/GTR and Southeastern.

The disputes are with Wettons (which holds the cleaning contract for Soputheastern) and with Churchills (which holds a similar deal for GTR). The ballots opened on September 4, and are for both strike action and action short of a strike.

RMT General Secretary Mick Cash said: “Rail companies who are making a fortune out of Britain’s privatised railways think nothing of treating their cleaning staff like dirt. It is disgusting, and the travelling public will know full well just what an essential service the cleaning team does on both the GTR and Southeastern routes.
“These two separate disputes have a common thread, and that is the attempt to lock in low-pay levels for cleaners and the continuing refusal to upgrade working conditions to a humane and acceptable level.
“RMT will not allow Southern/GTR and Southeastern to wash their hands of these disputes and the issues at their core. They let these contracts to Churchills and Wettons, and they have the power to demand that they treat their workforce with dignity and respect. RMT remains available for talks in both disputes.”