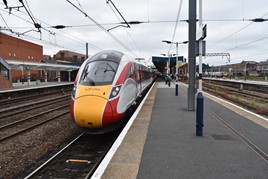 Government will publish a White Paper to implement the findings of the Williams Rail Review and progress the High Speed 2 Phase 2a Bill.

The policies were announced in the Queen’s Speech and supporting material on October 14. It is promising to implement reforms from 2020, prioritising improvements for passengers.

In the Queen’s Speech, rail garnered a single line: “Proposals on railway reform will be brought forward.” A National Infrastructure Strategy will also be created.

Details on changes in how Britain’s railway will be run are not expected to be revealed until the Review is published, but in July independent chairman Keith Williams said the priorities of the review were punctuality and reliability, safety, value for money, fares reform and accessibility. He also said there was a consensus for a ‘guiding mind’ for the railway.

Before the Queen’s Speech, it had been speculated that concessions could replace franchises, with financial incentives or penalties to improve performance.

The Rail Delivery Group was among the bodies welcoming the reference to rail reform. Chief Executive Paul Plummer said: “The industry welcomes the Government’s firm commitment to take forward the recommendations of the Williams Review, particularly its focus on fares and contract reform. Both are key to a new partnership between the public and private sectors in rail that delivers more for passengers and the country."

Drivers’ union ASLEF criticised the announcement, with General Secretary Mick Whelan saying: “The details appear to have been left for the Williams Review, which will report next month. So, this is just a soft launch to take our minds off Brexit!

“The franchise model is broken - it hasn’t worked in the interests of the travelling public. It might be that Williams will suggest a model that could stay in the private sector under another Conservative government, or easily be moved into the public sector under a Labour government committed to public ownership.”