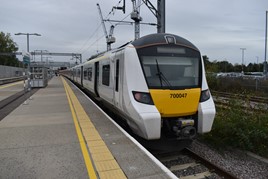 The number of domestic rail journeys being made is down 95% compared with 12 months ago, according to Rail Minister Chris Heaton-Harris.

Speaking at the House of Commons Transport Select Committee (remotely) on April 7, he said statistics for the previous day revealed that daily footfall at Network Rail stations was down 94% and that Eurostar journeys were down by 99% compared with the same day in 2019.

Comparing that with other forms of transport, Heaton-Harris said UK air traffic is down 92% and that on the roads overall traffic volumes are down 71%.

He added that London Underground was carrying 94% fewer passengers than the same day last year.

“The public are very much taking heed of the messages given, leaving our transport networks open to key workers and freight movements,” he told Transport Select Committee MPs.