Proposals for UK use of Alstom’s hydrogen trains 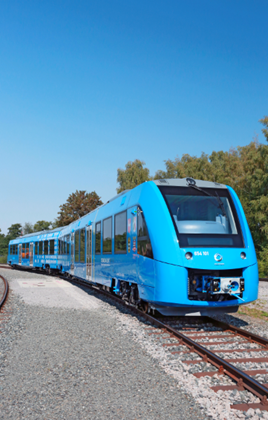 Alstom has confirmed that it is talking to Government about the possibility of its hydrogen trains being used in the UK.

Launched at InnoTrans last year, the Coradia iLint hydrogen-powered multiple unit has been undergoing testing in Germany. A Department for Transport document released on October 19 discusses alternative power for trains, including hydrogen.

An Alstom spokesman told RAIL on October 25: “Alstom is leading the way when it comes to alternative fuel sources for trains.

“We welcome the Government’s commitment to explore moving away from diesel, and believe that our hydrogen technology offers the best and most practical way of achieving this. We are in dialogue with a number of city regions, Government and rolling stock operating companies. We are excited about the potential to bring a hydrogen train to the UK.”