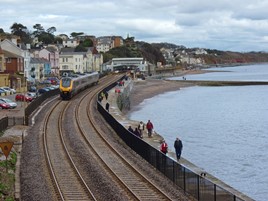 At Prime Minister’s Questions on January 30, Luke Pollard (Labour, Plymouth, Sutton and Devonport) said: “Next week marks five years since the train line at Dawlish was washed away in storms. Five years on, that train line remains fragile. We need money, not more press releases.”
Pollard asked May to unblock a £300 million upgrade that he claimed the Department for Transport was sitting on, and use the anniversary of the wall’s collapse (RAIL 742) to keep the line open and stop it being “fragile and precarious”.